Otters Flinch at the Squeak of a Hungry Baby 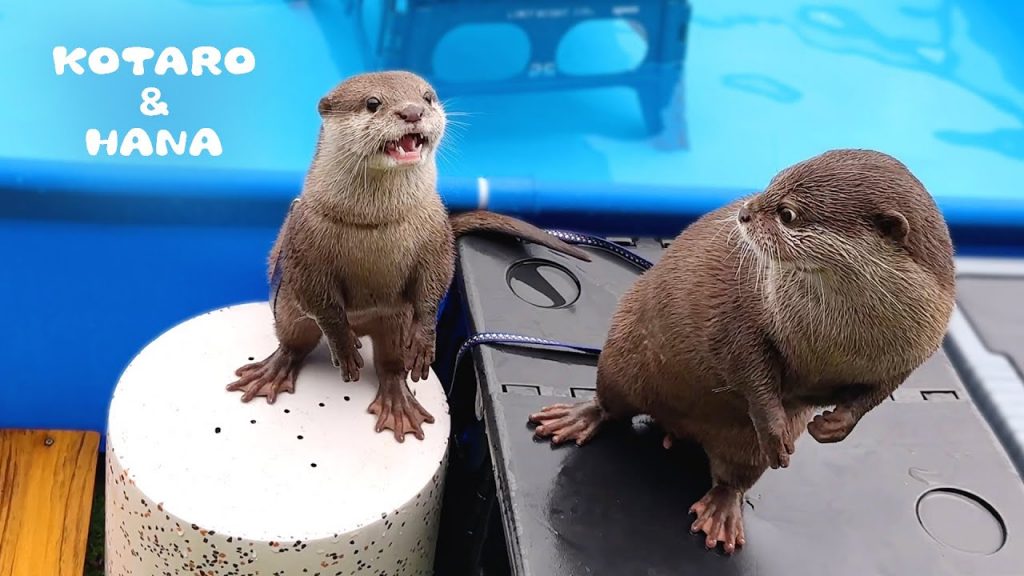 Clicking the image will load a video from YouTube ®
Featuring:
Hana + Kotaro + Tororo

For the first time, otter Tororo met Hana and Kotaro. Tororo and Kotaro got along instantly, and began swimming in the pool together.

Kotsumet dad had to hold back Hana as she can be territorial and unpredictable around unfamiliar otters. However, Tororo, who was only five months old, was fearless and he quickly approached Hana with friendly sniffs that looked like kisses.

This surprised Hana since she had never seen a young otter before.

Eventually, the three of them swam and played in the pool until they got hungry. Fearless Tororo even tried to take some of Hana’s snack, which she surprisingly allowed.

To ensure he got the next piece of chicken, Tororo scared off both Hana and Kotaro with his complaining squeals and defended it from Hana by wagging his tail at her.

After the snack time, Kotaro took the lead and showed Tororo around with Hana.

Then, the three mischievous otters raced around the pool and bath tub and frolicked everywhere until it was time to munch on their kibbles. Tororo even tried to mimic Kotaro’s technique of eating one dry, one wet.

In a short amount of time, the three otters had become great friends and enjoyed spending a happy time together.