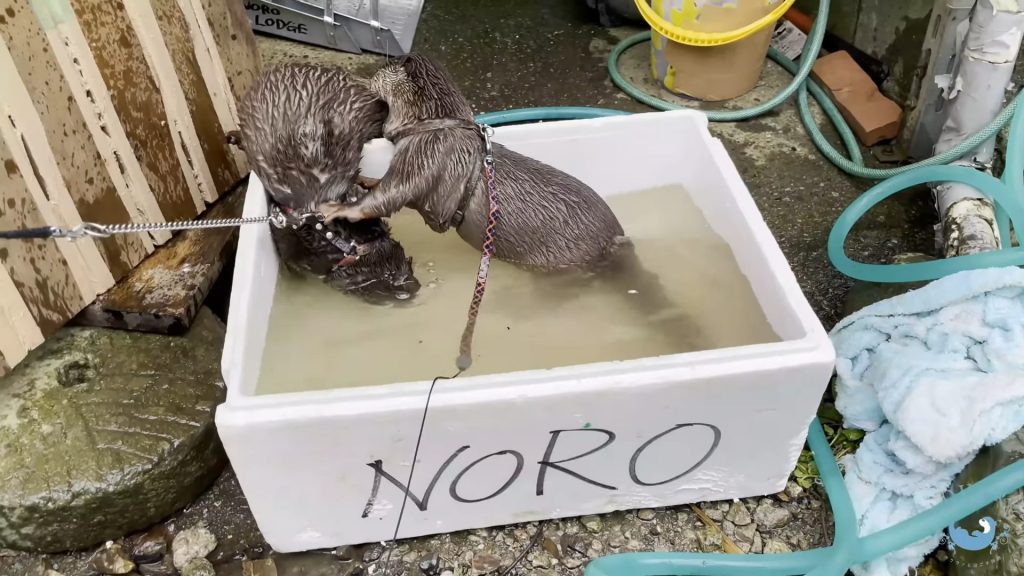 Clicking the image will load a video from YouTube ®
Featuring:
Aty + Komugi + Ui

As the world looks back on the year that was 2021, one of the most exciting moments for otter fans was undoubtedly the latest and greatest adventures of Princess Ui and Otter Komugi.

We take a look back at the most memorable moments of 2021 and celebrate the incredible journey of these two beloved characters.

From heartfelt moments to thrilling adventures, join us as we look back on the best of Ui and Komugi in 2021!

At the Shimanto River in Japan, Komugi was reunited with his friends Aty and Ui. Immediately, the two of them began sniffing Loutre Mom to determine from whence her scent came – which, of course, was Komugi himself.

Finally, he revealed himself and joined his companions on their walk along and in the river.

Ui, as expected, took a quick bite out of Komugi in greeting, but the cool otter that he is, Komugi didn’t seem to mind.

Flashback to the day when they first met at Noro Lodge, Ui had already given Komugi a few nips. His calm demeanor and Ui’s friendliness led to cuddles rather than a fight.

Since then, they had a great relationship and Komugi even dared to dunk Ui in a water-filled box!

As Komugi’s birthday approached, Ui showed up at his place in Osaka as a surprise guest.

Being polite, Komugi allowed Ui to eat first from the birthday sashimi boat.

Fast forwarding, to the day at Shimanto River, the three otter friends continued their walk along the river and enjoyed the sunny, but cold day outside