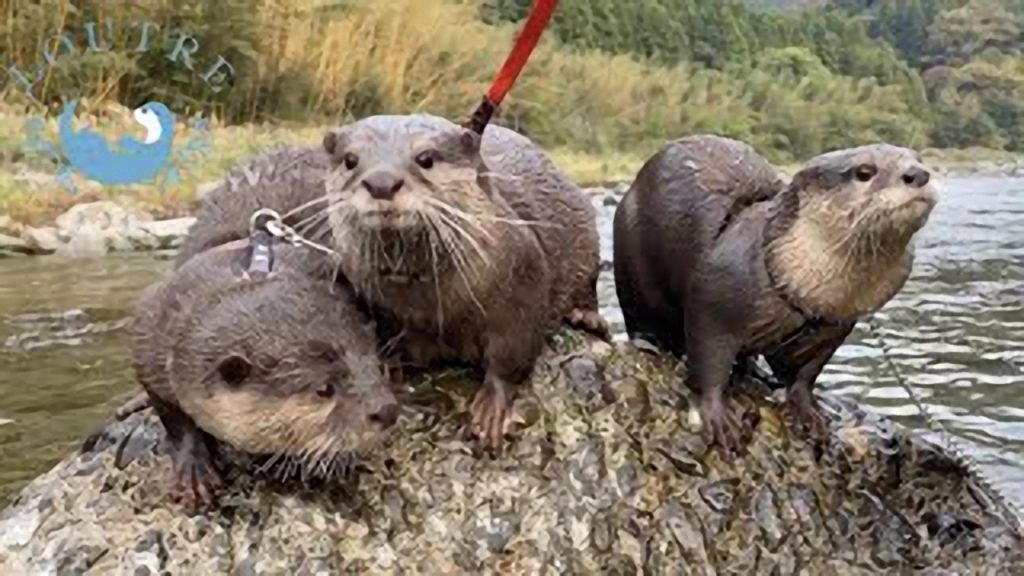 Clicking the image will load a video from YouTube ®
Featuring:
Aty + Komugi + Ui

Everyone loves a good river adventure! Komugi made his way to the picturesque river to reunite with his friends Aty and Ui.

Join in as they embark on an epic journey along the river, where Komugi is chasing Ui, the mysterious otter princess, while Aty is leading the pack.

Occasionally, Aty, Ui, and Komugi come together for a break where they eat their fish. During one of these moments, Komugi secretly approaches the fish eating Ui from behind, who famously leapt back into the river while holding the fish.

During these pauses, the otter trio gathers on Otterman’s shoulders for a summit and an in-depth chat. Also Aty’s habit of stopping in the river to rummage for fish and other tantalizing edibles beneath the stones often captured the interest of Komugi and Ui, as they ponder over his motives.

Returning after a long and joyous adventure along the river to the starting point, the otters perform their famous wiggle dance on their towels to dry off before tucking into a nourishing fish feast to end the journey.