Otter Kotaro & Hana When She Was a Baby 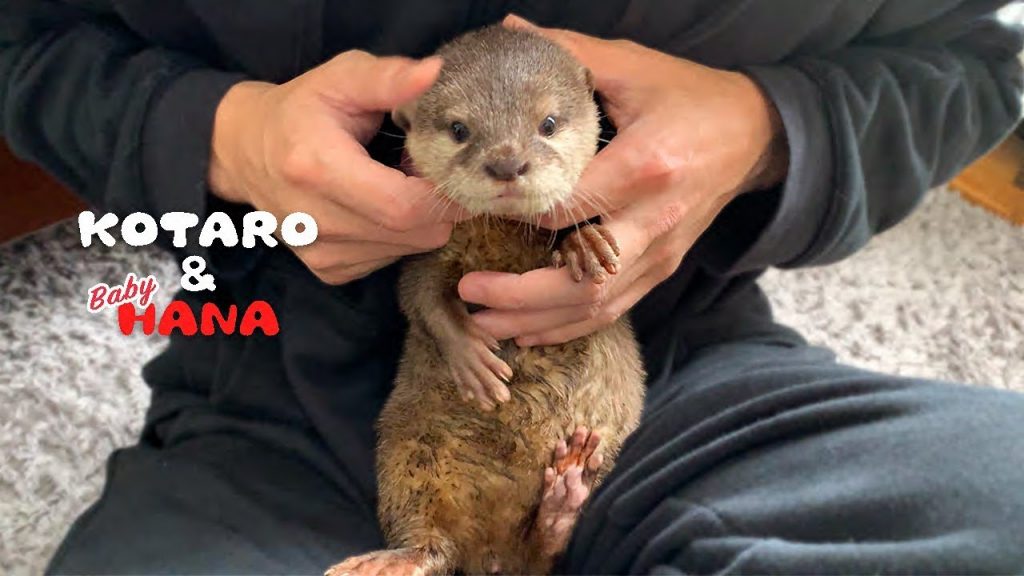 As a baby, Hana was an irresistible sight, and it’s been amazing to watch her become the friendly and cuddly otter she is today.

Let’s take a moment to reflect on when Hana the Baby Otter first appeared at Kotaro’s home and her first steps, and take a look at her astounding journey since then.

Hana is Komugi’s twin sister and was raised for the first three months at Loutre Otter Cafe, so she had already become accustomed to interacting with humans. Initially hesitant to leave her kennel when she arrived, she was quickly enticed out with some food.

After exploring her new surroundings and playing with toys, she took her first dip in the shallow baby pool which had been specially prepared for her. Then she was quickly spoiled by her doting father, who lovingly toweled her off after her bath.

Reaching out to Kotaro through the cage upon meeting him for the first time revealed that she was less timid than him and in no time at all, they formed a lasting friendship.