Otter Kotaro Gets Angry With the Annoying Hana! 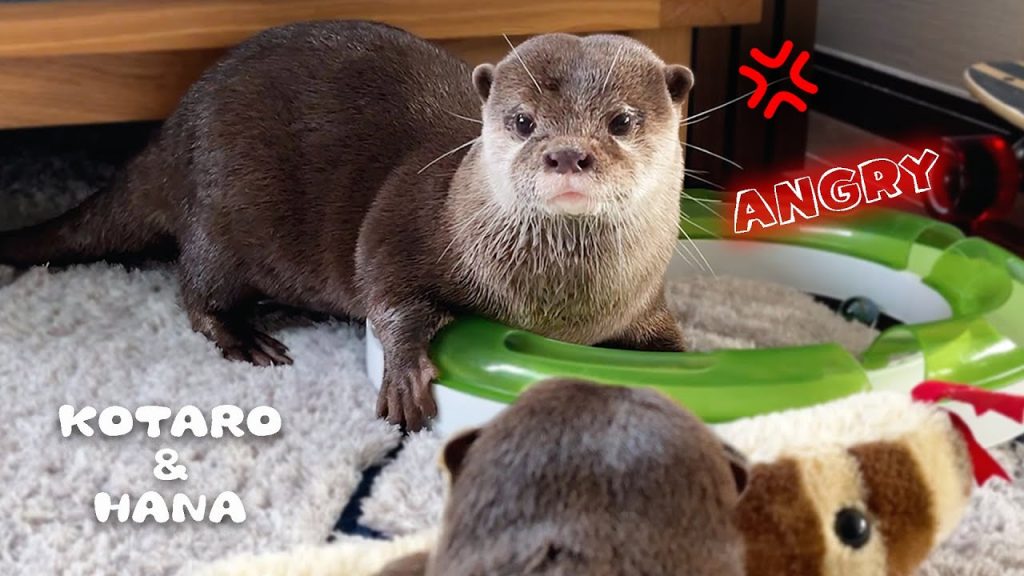 Kotaro is an all-around lovable and kind-hearted character who passionately loves to investigate new things and starting to play with them.

Until his best friend, the mischievous Hana, crosses the line when her curiosity in Kotaro’s toys become to persistent.

In this video, they both get a new purse to play with.

Hana’s moment of peaceful play was interrupted when she decided to try and take the purse that Kotaro was playing with. Though she had her own purse, she wanted Kotaro’s instead. Upon seeing Hana’s attempt to take it, Kotaro jumped and made a loud hissing noise. He stared at Hana, frozen in a defensive pose.

Despite the reaction, Hana still wanted to take it, but was stopped by dad’s intervention.Returning the purse to Kotaro earned him Hana’s cute, but complaining, growls.

In another occasion, Kotaro plays with an ice cream lid and again it caught Hana’s attention. This earned her another angry hissing from Kotaro, but fearless as she is, she went off with the lid.

A bit later in the pool: Kotaro happily gnawed his lid when it suddenly caught Hana’s attention. She began to slowly approach him, until he grew agitated and the lid flew from his grasp and landed in Hana’s possession once more.

Hana’s interest in the lid waned quickly, allowing Kotaro to reclaim it and play with it freely. Unsurprisingly, it wasn’t long before Hana’s interest in it was rekindled and the quest for the lid started all over…