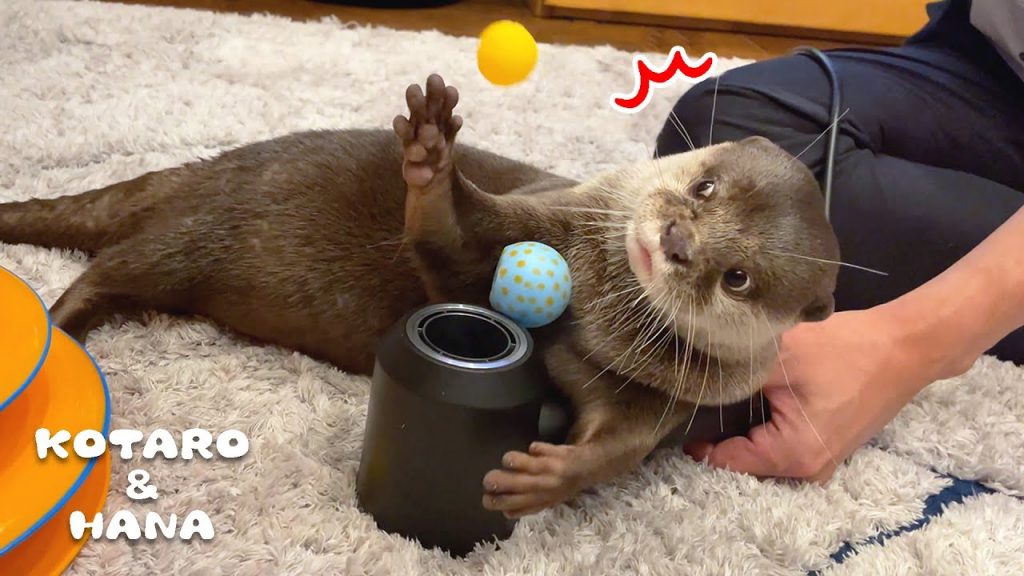 Kotaro was grooming a plushie otter when he was captivated by his dad’s newly invented otter toy.

He began to use a hair dryer set to cold air, making plastic balls float midair.

This aroused Kotaro’s curiosity and he instantly tried to catch the balls. Before long, he had mastered the skill of volleying them with his paw.

Hana soon joined in the fun too, pushing her favorite sliding tool and saying “beep beep”.

After Kotaro lost interest in volley ball, Hana got even closer, seemingly focused on her toy but still unable to resist reaching out with her paw for the floating balls.

She declared, “My body…. is moving on its own!”