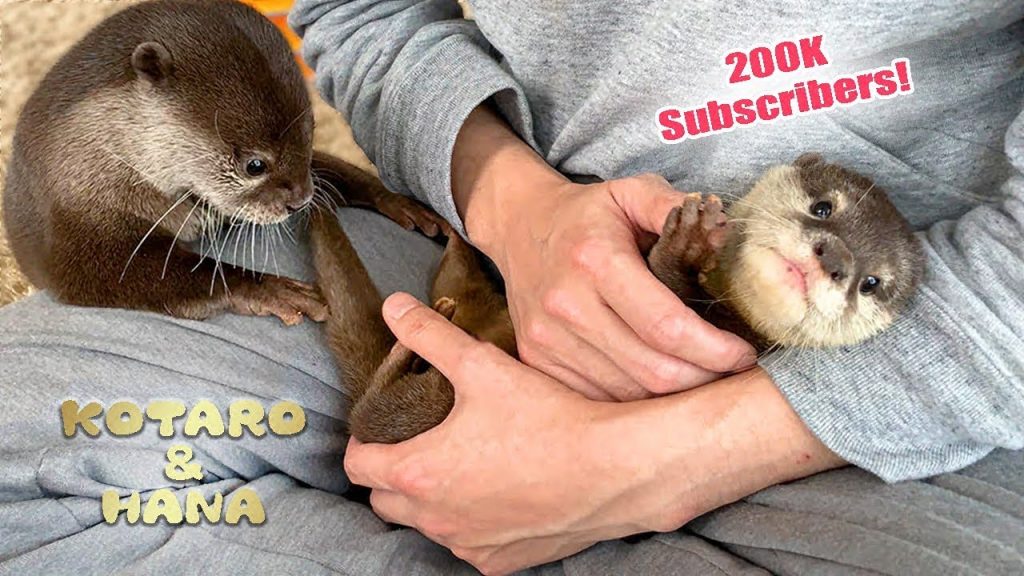 Let’s take a journey back in time to when Kotaro and Hana first met and began what became a lifetime of cuteness and great YouTube story. Their great and funny videos very fast gathered 200k subscribers.

Entering the room, Kotaro stumbled upon the 3-month-old Hana. To prevent any unforeseen outbursts, she was put in a cage, as they had no way to know how they would react to one another.

Surprised and a bit shy, he wondered who was there and instinctively chose his dad’s lap as a safe refuge.

Kotaro tiptoed slowly towards her, peering through the bars of Hana’s enclosure. Finally, they managed to exchange a few bashful handshakes through the enclosure.

Very quickly, the two formed a bond of friendship and began chasing each other, playing tag and wrestling in otter style, both on land and in the bucket.

While they could coexist amicably during eating, Hana made it obvious from the start that she would snatch Kotaro’s food if he weren’t alert, particularly if it was one of her favorite dishes, like chicken.