Sakura and Mochi Exploring the First Snow in a Long Time. 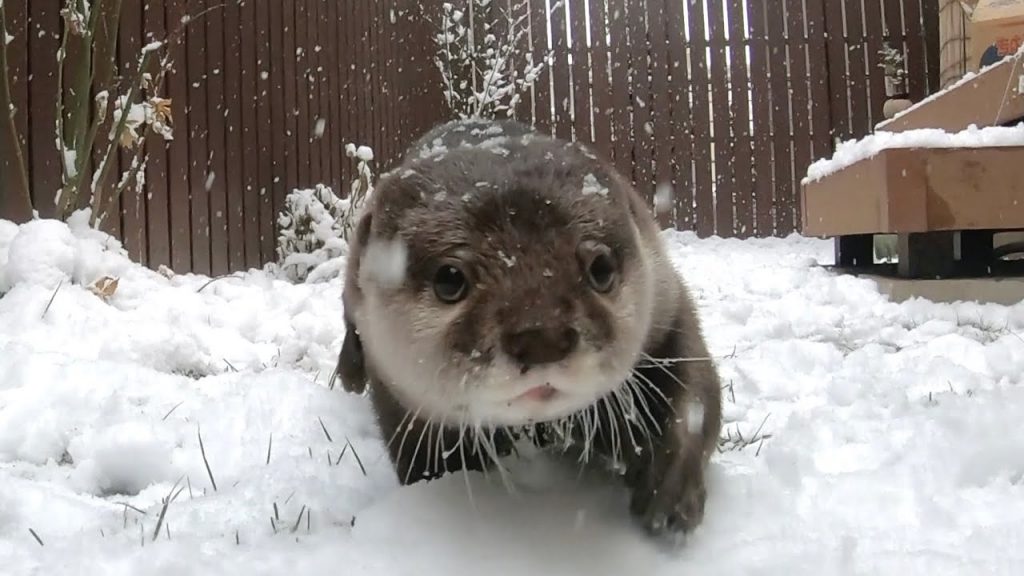 Clicking the image will load a video from YouTube ®
Featuring:
Mochi + Sakura

Big surprise when opening the curtains in the morning . It’s all white and fresh snow still keeps falling.

Sa-chan immediately got curious, even despite by nature she isn’t fan of the cold. So after a few steps in the snow she jumps back onto the deck because of her cold paws

For cat Mochi it’s even the the first time he sees snow. Carefully he inspects the new situation and being suspicious of everything while Sa-chan sticks to her dry hideout under the deck.

Mochi quickly became bolder and started to explore the snow covered plants and hiding under them.

This seems to have woken up Sakura’s curiosity and she starts to run around in the snow and making her cute noises. Probably she tries to explain that the snow needs to be removed to uncover the lawn.

In the meantime Mochi had explored enough and waits at the door to warm up again in the room.

It’s also time for Sa-chan to warm up and she quickly found her way under the kotatsu for a comfy nap, after she got back inside.

Watch all Videos from ma ko on YouTube
All VideosAll OttersAll Otter Families
Do you know the essentials every Website owner should know?
Copyright © 2021 – 2023 adorableotters.com
To Top
This site uses cookies:
Find out more.
Thanks, I agree