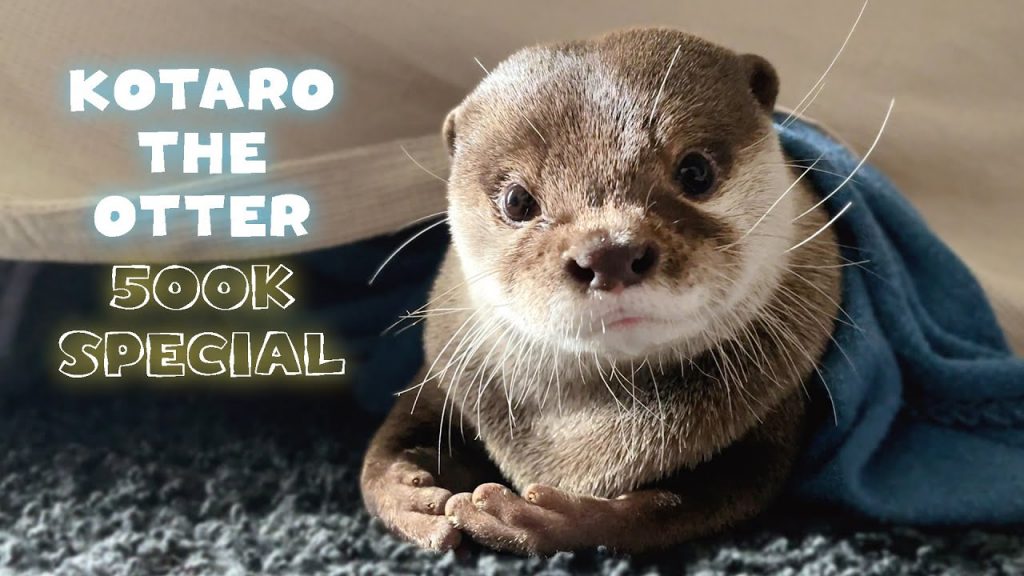 Clicking the image will load a video from YouTube ®
Featuring:
Kotaro

Kotsumet celebrates 500K YouTube Subscribers with a special spotlight on our favorite furry friend, Kotaro the Otter! As the brightest, smartest, and funniest otter around, there’s no doubt that Kotaro has won our hearts. Here are some fun facts about him that you may not have known before:

1. Kotaro is a champion of intelligence – he was born with an IQ of 120, making him smarter than 97% of the otter population!

2. His sense of humor often leaves his audience in stitches, as he’s always ready to deliver witty actions and funny facial expressions.

3. Kotaro loves a good adventure – he’s been known to embark on exciting escapades where he can explore the world and make new friends.

4. He’s an expert in sea-faring, as he can dive deeper than any otter who has come before him.

5. Last but not least, Kotaro has an undeniable charm that draws people in and puts a smile on their face.

From the moment you lay your eyes on this lovable scamp, it’s clear that there’s something truly unique about him. His vibrant, inquisitive eyes shine with intelligence and wit, and his charismatic waddle is enough to make anyone smile.

Kotaro’s most distinctive traits include his stubby nose, numerous lengthy whiskers, and a characteristic bite scar on his tail, a remnant of a past altercation with another otter when he was younger.

He is a smart and curious little fellow, always investigating everything that catches his attention. Even if things get him in trouble, like when he tips over a jenga tower. He is not shy and very social with humans and other animals like dogs.

Kotaro is not only admired for his brilliant mind, but also for his fun-loving nature. He has used his sharp intellect to master a variety of tricks like high-fives, roll-overs and playing fetch. His remarkable intelligence combined with his playful personality make him an irresistible character.

His favorite foods are salmon, scallops, and chicken. He has a unique habit of alternating between soaking his kibbles in water and eating them dry – one wet and one dry. He also has excellent table manners and never leaves a mess behind. However, he is unusual among otters in that he doesn’t like freshwater fish.

He enjoys spending time in the pool multiple times a day, where his favorite activity is chasing after the water being sprayed from the hose. When not in the water, his favorite toys are his plushie snake and sometimes a plushie tiger.

He has two pet peeves: sucking his right hand fingers and making a thoughtful face, and scratching his body with the left hand, as if he were pampering himself. Additionally, he is curious and often sniffs his and Hana’s paws, as well as people’s hands.

Combined with his endearing personality and passion for learning, it’s no surprise that Kotaro quickly gained lots of fans from everywhere.