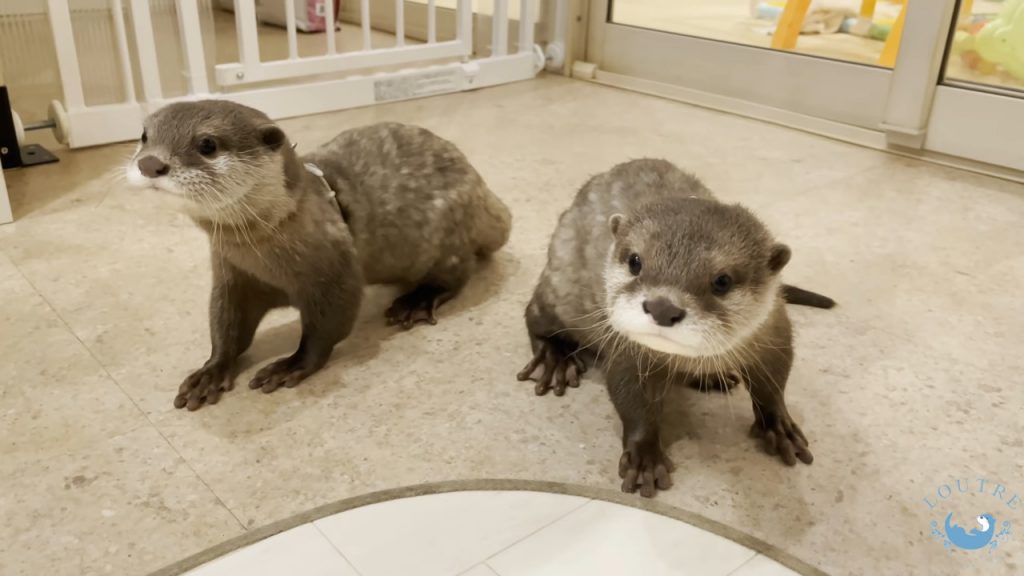 Clicking the image will load a video from YouTube ®
Featuring:
Namida + Oage + Wasabi

After months of being separated from their dad, the two baby otters Namida and Wasabi were able to meet their father Oage without their mother’s knowledge.

Oage is an adorable otter from Loutre Osaka who is known for his considerate and gentle attitude. His popularity among the ladies was such that two of them even got into a fight over him!

Unfortunately, his relationship with Otsuyu ended when he was caught cheating on her – she and her sister Odashi promptly disregarded him and refused to have anything to do with him, or the babies.

So little Namida and Wasabi had no idea what surprise awaited them when they met their father Oage.

They were both curious and cautious at the same time, wondering who this big otter was that they had never seen before.

It seemed that Oage had a similar reaction. gingerly, they inched closer to each other to sniff. Wasabi was overprotective and quickly defended Namida with a fierce hiss if Oage got too close and Loutre Mom’s lap became a safe place they could retreat to if Oage came any closer.

But soon they overcame their apprehension and began eagerly following Oage around.